The Way to a Better, More Accurate Broadband Map

Broadband can provide life changing opportunities from applying for a job and earning a degree, to accessing healthcare or starting a business. Charter shares the goal of the Federal Communications Commission and Members of Congress of helping close the digital divide by directing resources to areas that need it most, those that are unserved.

Obtaining accurate mapping information is incredibly important for both consumers and policymakers. But the current method of “Form 477” data collection results in an overly broad and inaccurate coverage map. Today, the FCC collects data from providers about whether or not they provide service within a particular census block. If a provider has a single customer in a census block, the current map would identify the entire census block as being served. The result is too many areas without broadband are thereby excluded from receiving universal service funding.

The focus of the FCC’s mapping effort should be on determining unserved areas, not identifying where providers’ customers are located. To achieve this objective, the FCC should require providers to submit “shapefiles” that indicate where they have built out their network to provide broadband. Carving out serviceable areas on map would significantly improve the accuracy of existing coverage, particularly in larger census blocks where coverage is often overstated. Using that information locations that are unserved could be identified and government subsidies could be directed there. 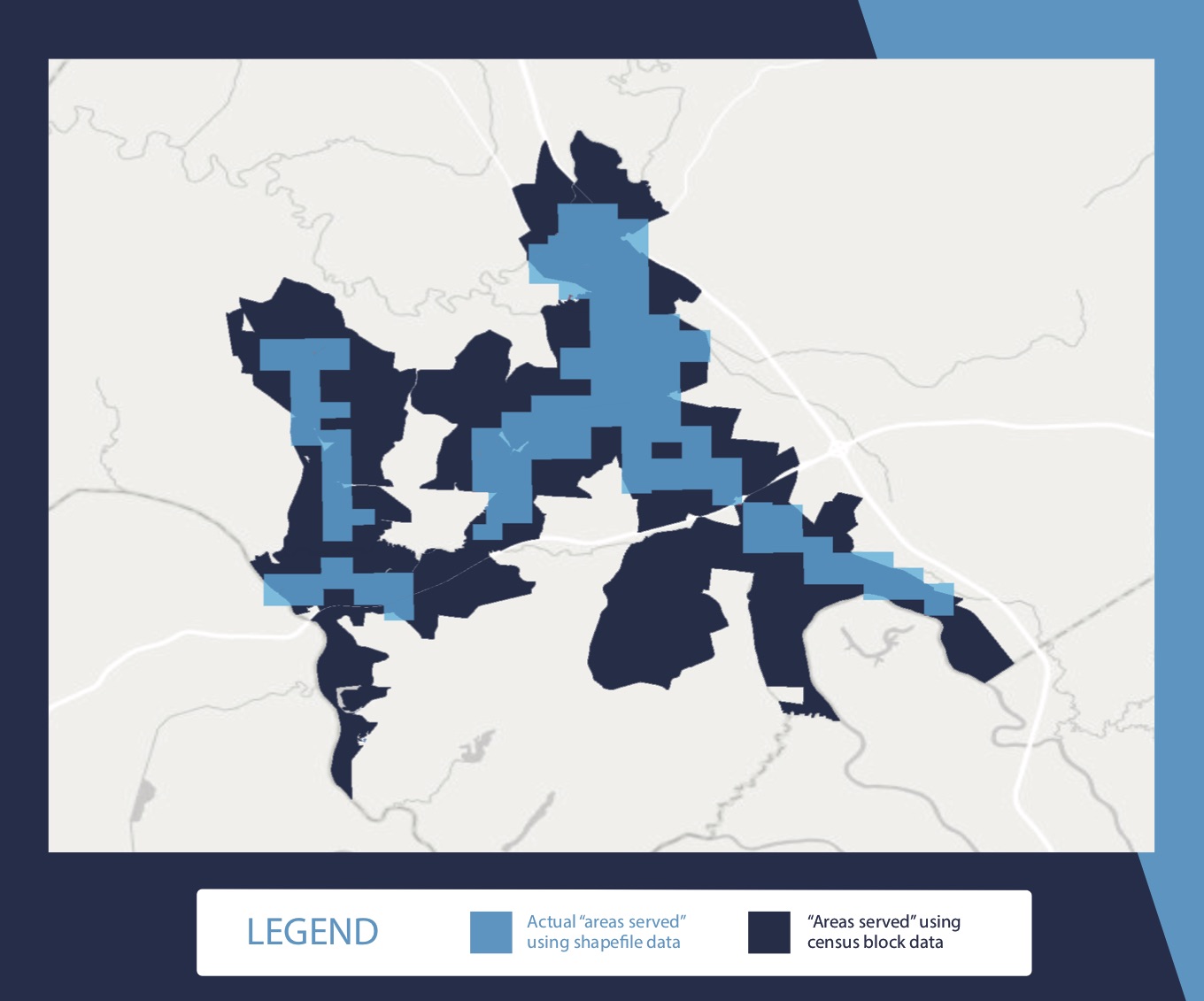 Importantly, many providers can easily and quickly produce shape files and the FCC is familiar with using them. Pilots have been conducted in multiple states using this methodology, which have proven successful in creating more accurate broadband maps. To avoid costly, administrative red tape and years of data collection and verification, the FCC should simply build upon these pilots to quickly and cost effectively implement this approach to direct funds to those who need it most.

This approach is even more appealing when compared to proposals that would require providers to submit detailed customer locations to a third party or even to an FCC maintained database. First, if a consumer has chosen not to get broadband that location would mistakenly be identified as unserved. A map based on such information would underrepresent the extent of deployment and result in limited subsidies being sent to areas that actually have access to broadband. Second, the use of address-level data would miss many rural areas where many locations do not have a traditional street address, once again resulting in inaccurate maps. Finally, requiring providers to submit customer addresses to a third party as has been proposed or even to the FCC risks the unauthorized disclosure of extremely sensitive consumer information.

For those without broadband, including too many Americans in rural communities, time and accuracy is of the essence. We cannot afford to waste time and resources creating a map that doesn’t get to the heart of the problem, which is figuring out what areas are served and unserved for universal support.

This was an important week for the millions of American families and small businesses still waiting for access to high-speed internet.

Investing in Better Broadband Across the Country

Yesterday, the FCC released an updated national broadband map – a map that examines the availability of broadband across the country. While modernizing the map for the first time since 2014 is important, the information on the map reflects data only through 2016, because of how the filing dates fall and because the Commission must undergo complicated work to incorporate information from so many providers. Though we recognize those limitations, we also think it is important to note that the FCC’s map does not reflect the significant speed upgrades – including the launch of Spectrum Internet Gig that delivers connections of up to 1 gigabit to customers’ homes – which Charter has since undertaken.