Charter has announced plans to deliver gigabit high-speed broadband to approximately 31,700 unserved Kentucky homes and small businesses, as estimated by the Federal Communications Commission (FCC). As part of this effort, more than $158 million will be invested in Kentucky, which includes an expected private investment of at least $100 million by Charter and more than $58 million in support won by Charter in the FCC’s Rural Digital Opportunity (RDOF) auction. You can view a map of the Kentucky expansion here. The effort is part of the company’s recently announced expected investment of approximately $5 billion — offset by $1.2 billion in RDOF support — to expand Charter's network to what the FCC estimates to be more than 1 million homes and small businesses in lower-density, mostly rural communities across 24 states that do not have access to broadband service of at least 25/3 Mbps.

The FCC estimates that through this project alone, Charter will connect nearly 40% of the total RDOF locations won in Kentucky with quality, high-speed broadband. The project will be one of the largest rural broadband expansion projects in the Commonwealth’s history.

Charter was awarded RDOF funding in nearly one-third of the counties in the Commonwealth, which includes nine counties previously unserved by Charter. In addition, 23 of the 37 counties where Charter received support are designated rural by the federal government, meaning the entire area of the county is considered rural. Significant portions of rural Ohio, Powell and Washington counties will be reached through this network extension. 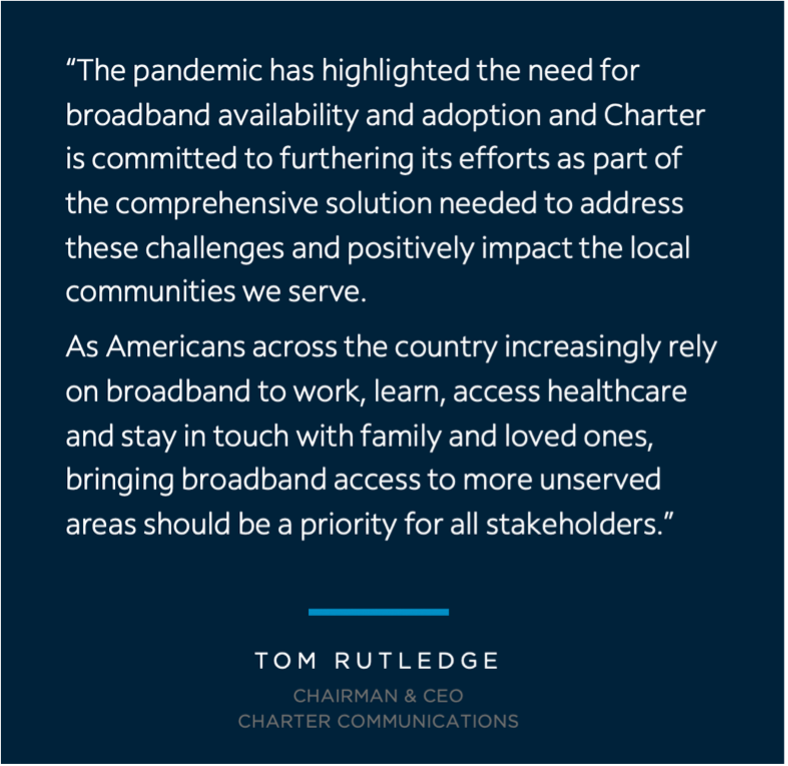 Preparation for the RDOF Phase I broadband buildout has already begun and will include Charter expanding its existing construction organization in order to focus on deployment of this new fiber-optic network. Charter expects to hire more than 2,000 employees and contractors nationwide to support the RDOF and future rural buildout initiatives, including local crews in state for network construction. Charter currently employs more than 3,000 people in Kentucky, with employees already earning at least two times the federal minimum wage with a commitment to raising it to $20 an hour next year.