Charter has announced plans to deliver gigabit high-speed broadband to approximately 56,000 unserved Alabama homes and small businesses, as estimated by the Federal Communications Commission (FCC). As part of this effort, more than $226 million will be invested in Alabama, which includes an expected private investment of at least $175 million by Charter and more than $51 million in support won by Charter in the FCC’s Rural Digital Opportunity (RDOF) auction. You can view a map of the Alabama expansion area here. The effort is part of the company’s recently announced expected investment of approximately $5 billion — offset by $1.2 billion in RDOF support — to expand Charter's network to what the FCC estimates to be more than 1 million homes and small businesses in lower-density, mostly rural communities across 24 states that do not have access to broadband service of at least 25/3 Mbps. The new initiative is in addition to Charter’s existing network expansion plans and builds upon the company’s long track record of expanding broadband access to unserved and underserved locations.

Through this project alone, Charter is projected to connect nearly a third of the total RDOF locations won in Alabama with quality, high-speed broadband. Charter’s expansion will reach more than 40% of Alabama counties, including an extension into six counties not currently served by Charter. The largest expansion will be in Geneva County, where about 4 out of every 10 of the county’s more than 26,000 residents currently have no access to high-speed broadband. The FCC estimates Charter’s expansion will reach an additional 5,579 Geneva County homes and small businesses. 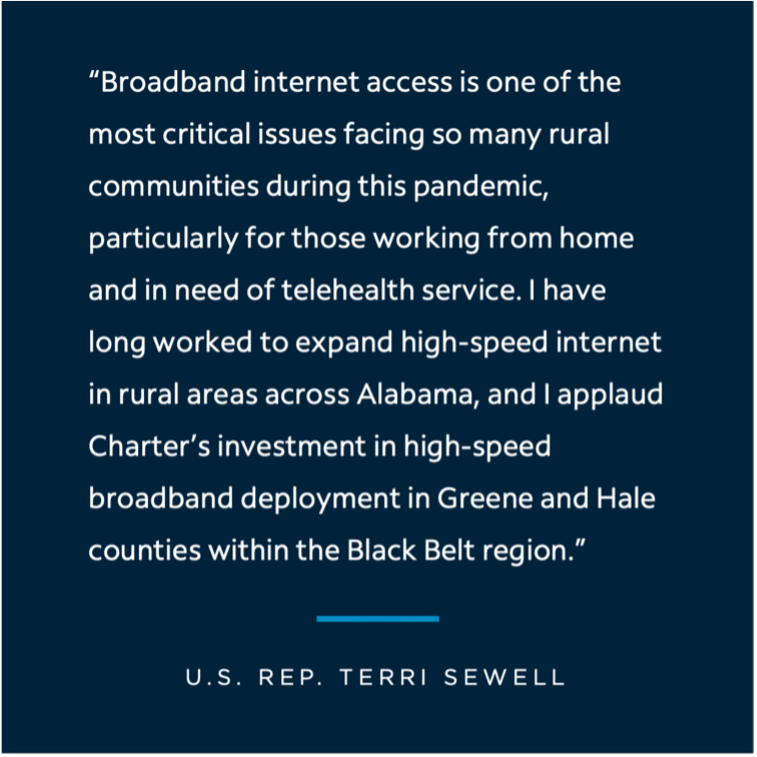 Charter’s RDOF build will also include locations in Greene and Hale counties within the Black Belt region — an area a recent University of Alabama Education Policy Center report found to be “markedly behind the rest of the state when it comes to internet access.”

Today, less than 1% of Greene County’s more than 8,000 residents have access to high-speed broadband. As a result of Charter’s investment, the FCC estimates an additional 1,318 homes and small businesses in Greene County will be able to access Charter’s network. About half (51.4%) of Hale County’s nearly 15,000 residents currently have access to high-speed broadband. The FCC estimates Charter’s expansion will offer an additional 2,167 Hale County homes and small businesses access to Spectrum services. 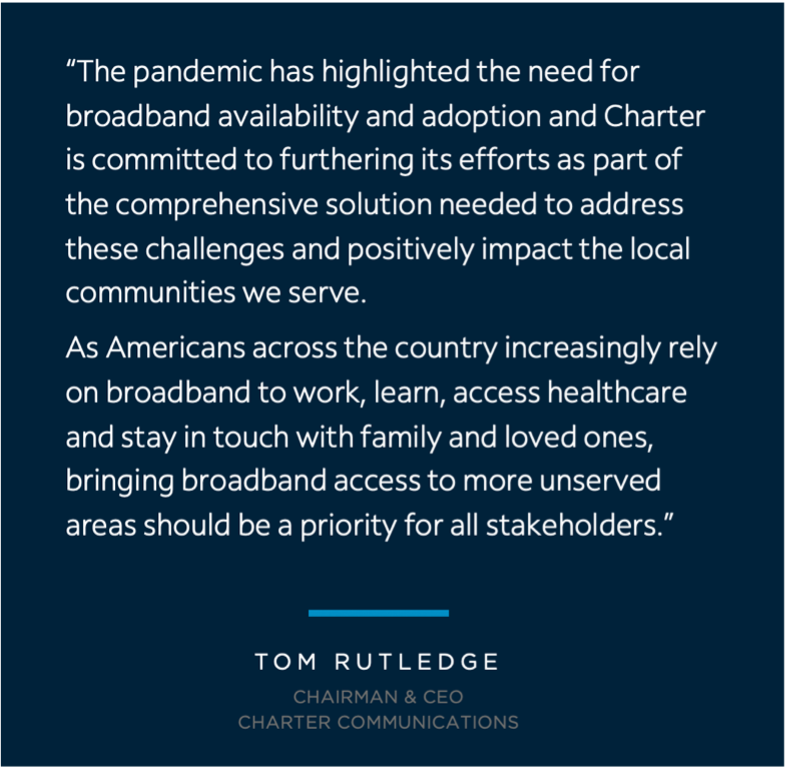 Preparation for the RDOF Phase I broadband buildout has already begun and will include Charter expanding its existing construction organization in order to focus on deployment of this new fiber-optic network. Charter expects to hire more than 2,000 employees and contractors nationwide to support the RDOF and future rural buildout initiatives, including local crews in state for network construction. Charter currently employs more than 1,000 people in Alabama, with employees already earning at least two times the federal minimum wage with a commitment to raising it to $20 an hour next year.