An Open Internet Framework for the Broadband of the Future 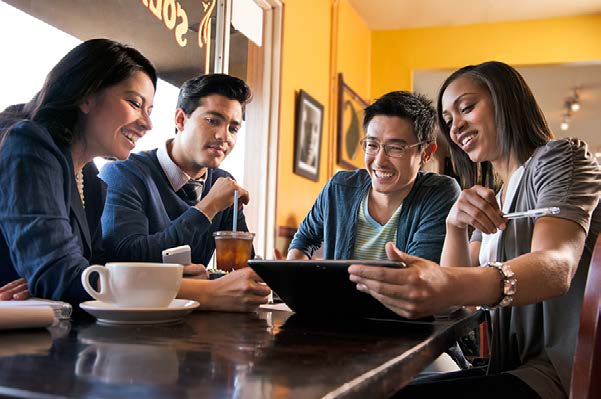 At Charter, delivering superior service and products to our customers at a better value is the very foundation upon which our commitment to an open internet is built.

Charter offers a broadband service to our customers that responds to their needs and desires. We’re proud to provide our broadband customers with an industry-leading base broadband speed of 60 Mbps across our footprint, and a minimum speed of 100 Mbps in a growing number of markets. We don’t impose data caps or usage-based billing and don’t charge modem or early termination fees. Our “no contract” terms of service hold us accountable to our customers every day.

Charter has long supported and put into practice the principles of an open internet – and that won’t change. We don’t block, slow down or otherwise interfere with the online activity of our customers and we routinely upgrade our networks and interconnection points before congestion occurs.

Today, Federal Communications Commission Chairman Ajit Pai signaled a welcome return to the modern, light-touch regulatory framework under which the Internet ecosystem first took root and blossomed.  It’s an approach that was embraced by Democrat and Republican FCCs, alike. It also enabled America to lead the world in technological innovation and allowed the Internet to flourish as an open network with the power to transform society.

To ensure certainty in the marketplace and to cement protections for consumers, Charter supports Congress passing bipartisan legislation that sets forth clear, enforceable and permanent rules to preserve an open internet within a modern regulatory framework that encourages infrastructure investment and innovation.

Much of our success in providing our customers with superior broadband on the most advanced network is due to our massive investments under the light-touch regulatory environment that thrived for nearly two decades. With the promise of returning to the right regulatory environment, we plan to invest $25 billion in broadband infrastructure and technology over the next four years.

The public record clearly illustrates that continuing the Title II experiment adopted by the FCC 27 months ago places future investment in jeopardy and imposes significant harms on consumers, innovation, infrastructure and the economy. A study by the Progressive Policy Institute estimated that Title II regulations could cost consumers $15 billion more each year in broadband taxes and fees. Some experts have projected that these heavy-handed rules would result in a decline in network infrastructure investment by as much as $10 billion annually. This chilling effect on investment is further supported by leading economists, including the incoming Chairman of the President’s Council of Economic Advisors Kevin Hassett and former Clinton Administration official Robert Shapiro. Their 2015 study found utility-style regulations would significantly drive down broadband infrastructure investment.

Dozens of U.S. tech companies, including IBM, Corning and Intel have previously argued that Title II regulations would curtail capital investment in broadband infrastructure and stifle growth across the entire U.S. economy.

The Internet as we know it stands at a crossroads as the broadband industry embarks on the deployment of the next generation of technology, the “fifth generation” (5g) technology. The coming wave of 5G broadband networks will turn science fiction into reality. Once deployed, the 5G internet will again transform how we work, live and play – from autonomous vehicles, to the “Internet of Things,” the creation of “smart cities” and the advancement of telemedicine.

To achieve this, we need a regulatory framework that is focused on the internet of tomorrow. Our support for an open internet and our commitment to protecting our customers is unwavering. Working together with the FCC and Congress, we can build a regulatory framework that allows the broadband ecosystem to flourish—unleashing innovation, spurring investment and creating lasting benefits and opportunities for consumers, businesses, entrepreneurs and workers across the entire U.S. economy.

Leave Title II In The 20th Century Where It Belongs

Charter is committed to deploying faster and better broadband across our 41-state footprint which includes preserving an open internet. We don’t slow down, block, or discriminate against lawful content. We also don’t impose data caps or engage in usage-based billing, meaning our customers can engage with the content they want, as much as they want.

Charter Remains Committed to an Open Internet; Title II is Not Net Neutrali...

Charter believes in delivering a superior experience to our broadband customers which is why we support an open internet. With the removal of the utility-style Title II framework, nothing is changing about our online practices because maintaining an open internet is critical to enabling our customers to engage with the content they want, when they want, and as much as they want. Simply put, we put our customers’ experience first.